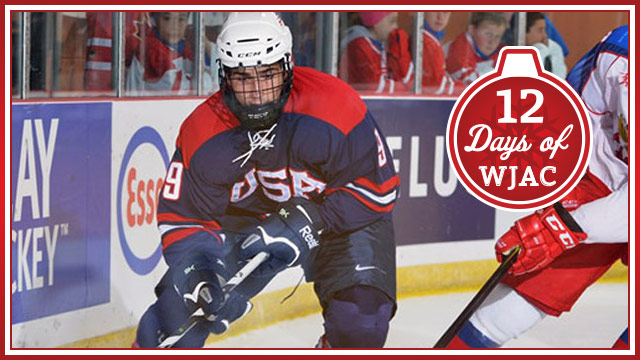 12 – POINTS IN ONE TOURNAMENT

Nick Schmaltz arrived at the 2013 World Junior A Challenge perhaps best known as the younger brother of Jordan, a first-rounder himself (25th to St. Louis in 2012) and two-time WJAC competitor. He left with a gold medal and MVP award, and his name all over the tournament record book.

Schmaltz was an offensive juggernaut in Yarmouth, N.S.; the American finished with 12 points in four games – breaking the single-year record of 11 held by Kyle Turris (2006) and Mike Connolly (2007) – and equaled the mark for assists in one year, with eight.

He had four points (2-2—4) in a tournament-opening win over Switzerland, added two more assists to help the U.S. beat Canada East and tied a WJAC record with five points (2-3—5) in the semifinals against the Swiss, leaving Schmaltz even with Turris and Connolly with a game to go. He had just a single assist in the final, but it broke the scoring record, tied the assists record and, most importantly, came on the game-winning goal as the Americans won their second consecutive gold, and fifth overall. 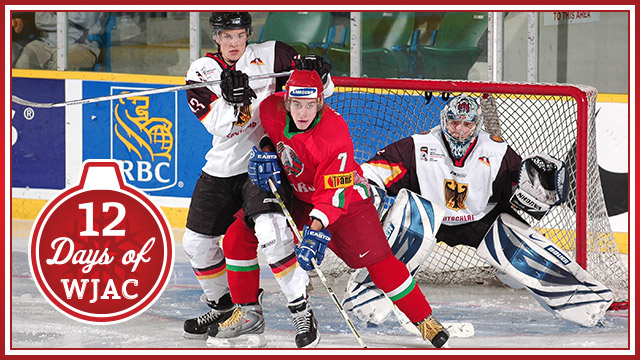 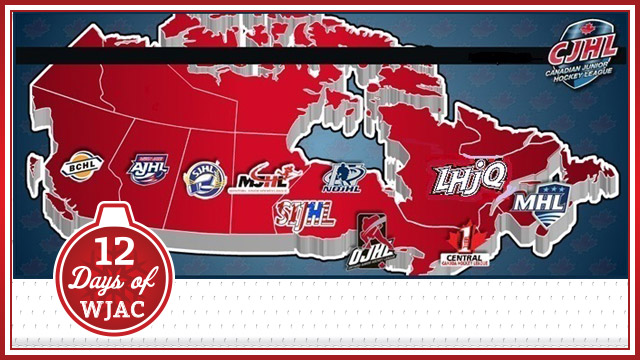 10 – MEMBER LEAGUES OF THE CJHL

Where would the World Junior A Challenge be without the support of the Canadian Junior Hockey League? Every season, the teams across the CJHL give up their best players for two weeks to allow them a chance to wear the red and white of Team Canada in international play.

The CJHL member leagues compete annually for the RBC Cup, Canada’s National Junior A Championship. This year, four regional representatives will join the host Portage Terriers in Portage la Prairie, Man., from May 9-17 to decide the 45th national champion. 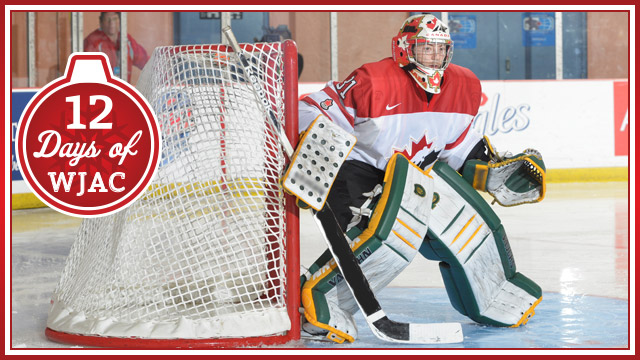 A quick look at the history books shows the World Junior A Challenge has never been a goaltender’s paradise. High-scoring games were the norm in the early years of the tournament, and only one netminder – Sean Bonar (Canada West) in 2009 – has taken home the WJAC MVP award.

In fact, it took until the first day of the 2011 World Junior A Challenge for the first shutouts to be recorded – Adrian Ignagni (Canada East) and Oskar Dansk (Sweden) blanked the Czech Republic and United States, respectively, in the 66th and 67th games in tournament history.

In all, there have been nine shutouts in 104 WJAC games since 2006; in addition to Ignagni and Dansk, Mathias Israelsson (Sweden) and Zane Gothberg (U.S.) kept clean sheets in 2011, Charlie Finn (Canada East) and Melvin Nyffeler (Switzerland) joined Jonah Imoo (Canada West), who had two, in 2012, and Maxim Mauerhofer (Switzerland) posted the lone shutout in 2013. 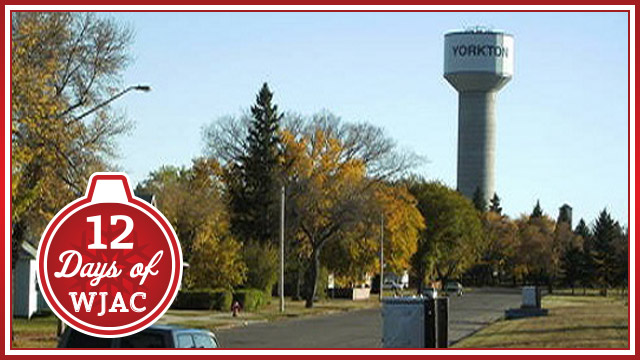 The opportunity to host the World Junior A Challenge means not only the chance to welcome some of the world’s top young players, but also the chance to put your community in the international hockey spotlight. And a number of past hosts have spread the wealth, making the tournament more than just a one-city event.

Take the inaugural World Junior A Challenge in 2006, for example. In total, eight different Saskatchewan communities were involved, playing host to exhibition and tournament games over the course of 12 days.

Yorkton was the main hub, hosting nine games (one exhibition and eight tournament), including the gold medal game. Humboldt was the site of four preliminary round games, and Canora hosted the fifth-place game. In addition, five communities – Esterhazy, Estevan, Melfort, Nipawin and Weyburn – were on the exhibition schedule, helping the event reach more than 300 kilometres from its Yorkton epicentre. 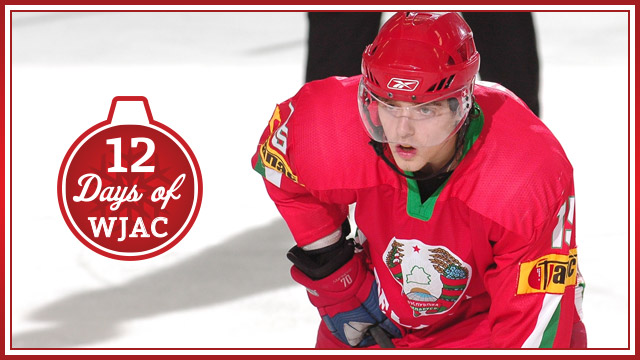 7 – GOALS IN ONE TOURNAMENT

It never won a medal, made just a single appearance in the semifinals, and won just three of 17 all-time games at the World Junior A Challenge. But that doesn’t mean Belarus didn’t make its mark at the tournament from 2006-09. In fact, one Belarusian still reigns as the No. 1 goal scorer in tournament history.

Siarhei Drozd played twice at the World Junior A Challenge, in 2008 and 2009, and scored more goals than any other player to appear at the event; he found the back of the net 12 times, including a record seven in 2008.

Included in Drozd’s total in Camrose, Alta., were two goals in an upset of Canada West, two more in a loss to Russia and a hat trick in a quarter-final victory over Germany. His scoring exploits against the Germans earned Drozd another few spots in the record book; he set WJAC marks for fastest hat trick by one player (3:46) and most power-play goals in a game (three). 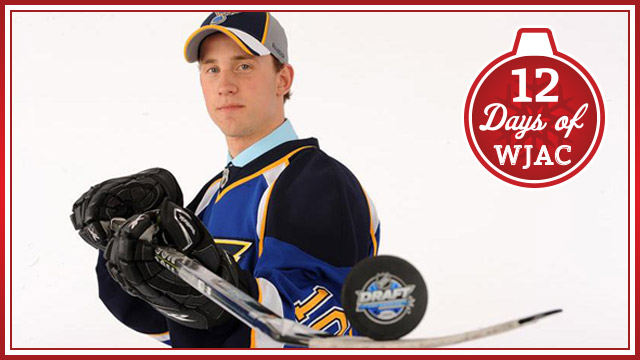 When the World Junior A Challenge was created in 2006, the intention was not only to give the CJHL’s best players international experience they wouldn’t otherwise get, but also to shine the spotlight on those best players and allow them to showcase their skills to National Hockey League scouts in a best-on-best situation.

A look at the numbers suggests it has been a success. In the eight NHL Entry Drafts since the inaugural tournament in 2006, 57 players have been selected after they represented Canada East and Canada West, including six who took the stage in the first round. 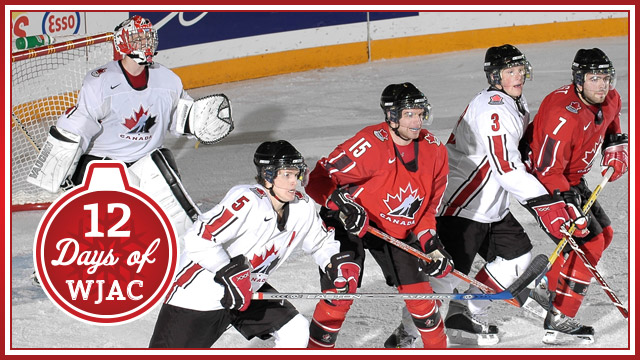 In the eight-year history of the tournament, there have been five all-Canadian games (three gold medal games and two semifinals) and all five have finished with the same result, a victory for Canada West. 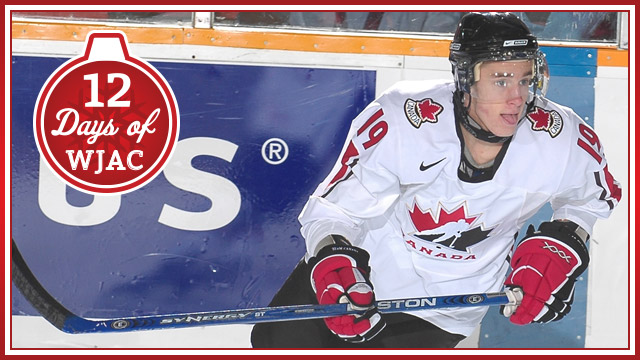 The history of the World Junior A Challenge includes 104 games over eight years. In that time, five players hold the record for points in a game (six), and six are tied for most assists in a game (four). But only one player has the all-time mark for goals in a game, and you have to go all the way back to Game 1 in 2006.

Kyle Turris was undoubtedly the highest-profile player on a Canadian roster at the inaugural World Junior A Challenge, and he lived up to the hype in the tournament’s opening game against Russia. The Burnaby Express star scored the first four Canada West goals in a 6-2 victory – two at even strength and two on the power play.

Turris added only one more goal on the Canadians’ road to gold, but finished with 11 points, a single-tournament record that stood until 2013. He was taken by the Phoenix Coyotes with the third-overall pick in the 2007 NHL Entry Draft, and remains the highest-drafted Canadian alumnus ever. 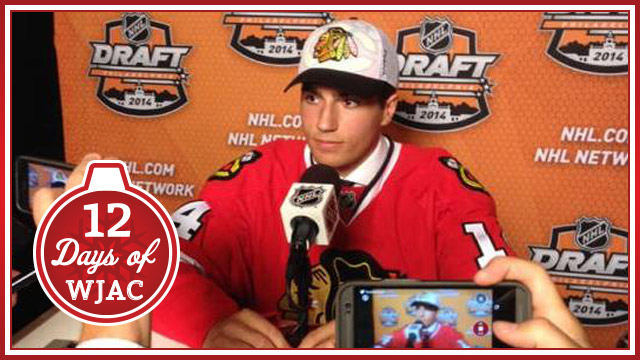 In 2007, it was Kyle Turris, Riley Nash and Brendan Smith. Nikita Filatov and Joe Colborne came next in 2008, followed by Dmitri Kulikov, John Moore and Dylan Olsen in 2009, and Alexander Burmistrov, Jaden Schwartz, Vladimir Tarasenko, Beau Bennett and Evgeny Kuznetsov in 2010.

In every NHL Entry Draft since the first World Junior A Challenge in 2006, at least one tournament alumnus has heard his name called in the first round; at the 2014 draft, three alumni were called to the stage in Philadelphia.

Jakub Vrana and David Pastrnak, who both represented the Czech Republic at the 2012 World Junior A Challenge in Yarmouth, N.S., went 13th to Washington and 25th to Boston, respectively, but the big name was Nick Schmaltz, who helped the U.S. to gold in 2013, winning WJAC MVP and setting the single-tournament scoring record (12 points) along the way; he was selected by the Chicago Blackhawks at No. 20. 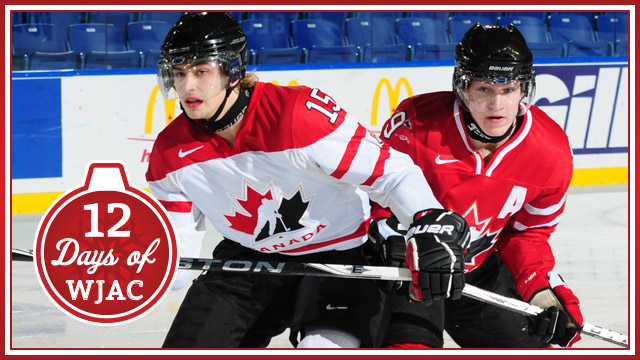 The first puck dropped at the World Junior A Challenge in Yorkton and Humboldt, Sask., in 2006, ushering in a new era in Junior A hockey, and giving the CJHL’s top players a chance to wear red and white with one of the tournament’s two Canadian entries. 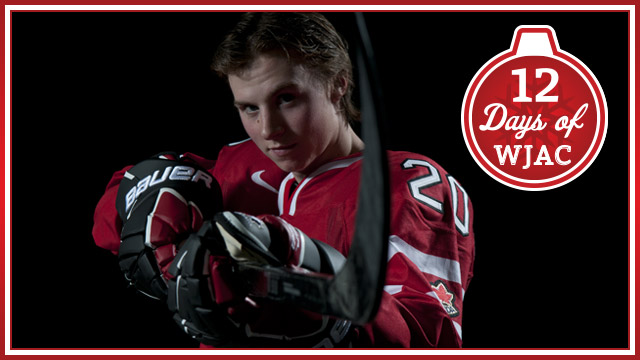 Since the inaugural World Junior A Challenge in 2006, exactly 100 Canadian Junior Hockey League teams have had their players wear the red and white of Team Canada, led by 19 each from the BCHL’s Penticton Vees and OJHL’s St. Michael’s Buzzers. But there has been just one from the Kindersley Klippers – Sean Flanagan.

Flanagan, a Kindersley native, patrolled the blue-line for Canada West at the 2010 tournament in Penticton, B.C., going scoreless in five games as the Canadians finished fourth – their first time off the podium in four tries.

His play in B.C. caught the eye of BCHL teams; prior to the 2010-11 season, Flanagan was traded west to the Salmon Arm Silverbacks, and ended up back in Penticton with the Vees for the latter half of the 2012-13 campaign. Now a sophomore at Minnesota State University, Flanagan was a member of the WCHA All-Rookie Team in 2013-14, and his three game-winning goals led all NCAA freshmen defencemen.

2014 WJAC: RUS 2 – CAN-E 0 (Bronze)
Samsonov set a WJAC record with a 46-save shutout, Kaprizov and Guryanov scored, and the Russians won bronze.

Tweets
Follow us on Twitter
Recent News
Most Popular
December 20, 2014
United States wins gold medal at 2014 World Junior A Challenge
December 18, 2014
Denmark and United States to meet in gold medal game at 2014 World Junior A Challenge
Karlen Herauf - December 18, 2014
A Team Canada autumn
Fabbro and Jost trade their Penticton Vees colours for red and white
December 18, 2014
Tom Renney statement on Neil Doef injury
Karlen Herauf - December 16, 2014
Kindersley’s poster boy
As the World Junior A Challenge faces off in his hometown, Sean Flanagan settles in as the face of the tournament
MORE
Accept
Our sites use cookies to help streamline your experience and enable us to plan future improvements. By continuing to use our site, you consent to cookies being used. For more information about how Hockey Canada handles the information we collect, please review our privacy policy.
© Copyright 2022 Hockey Canada