3 Stars of the Day

The Slash captain thrives in the biggest of games, and she did it again Sunday. After scoring the winner in overtime in the final a year ago, Meropoulis opened the scoring in the first period against Saskatoon and set up Madison Willan for the deciding goal in the second, leading the Slash to an unprecedented repeat.

The five-foot-two dynamo came alive in the latter half of the week, scoring all four of her goals in the last four games. None were bigger, though, than her game-winning goal late in the second period of the gold medal game, giving the Slash a two-goal cushion and eventually clinching a second-straight national title.

Named Top Goaltender in the preliminary round, the Pionnières puck-stopper saved her best performance for last. Vanier made 30 saves – 12 in the third period when Brampton pushed hard to cut into a two-goal deficit – to lead the Quebec champions to a bronze medal, coming within 68 seconds of a shutout.

The overtime hero in the gold medal game a year ago, Meropoulis proved she still has a little extra-time magic in her stick by counting the first of two Slash shootout goals to send the defending champs back to the final. She also scored the tying goal in regulation, and will play for a second national title Saturday.

One-third of the deadliest line in the tournament (alongside Mackenna Parker and Anna Leschyshyn), Jockims added a pair of assists to her point total in a semifinal win over Lanaudière, helping the Stars pull away from the Pionnieres, stay unbeaten and, most importantly, book a spot in the gold medal game.

A native of Fort Smith, N.W.T. (population 2,500), Vail has been a steadying force on the Slash blue-line. She picked up a pair of assists early in the tournament but has let her defence do the talking throughout the week, helping St. Albert post a 1.60 goals-against average and win its way back to the final.

Needing a big third period to ensure their spot in the semifinals, the Pionnières turned to their captain. Naud set up the tying and go-ahead goals, and added an insurance marker herself to send her team to the final four. She finished the prelims tied for second in scoring, with three goals and four assists in five games.

The Metro goaltender was busy … again. Playing in her fifth game in five days, Bennett made 29 more saves, and kept her team within striking distance of its first win until penalty trouble doomed the hosts in the third period. She finished with a tournament-high 155 saves, 31 more than any other netminder.

The Selects saw their season come to an end Thursday, but it certainly wasn’t due to lack of effort from Wornell, who was a workhorse all week for the Atlantic champions. She was held off the scoresheet in the finale, but finished as the team’s No. 2 scorer, recording five points (2G 3A) in five games.

A pure sniper for the Slash in the playoffs (she scored seven goals in seven games), Willan picked an opportune time to score her first goals of the week; she danced her way to the net for the GWG midway through the third period, and added insurance a few minutes later to help St. Albert clinch a semifinal spot.

The straw that stirs the drink for the Stars, the captain was at her best against the hosts, opening the scoring just 31 seconds after the puck dropped before adding another goal and two assists in the third period, giving her the tournament lead in scoring (4-5—9) and leading Saskatoon to a fourth-consecutive win.

The Canadettes broke out offensively against the Pionnières, and it was Whaley leading the way. After getting the scoring started just 49 seconds in, she added a goal and an assist in the third period, helping Brampton pull away in the final 20 minutes and take a big step towards a spot in the semifinals.

The blue-liner jumps up one spot after a repeat performance – for the second day in a row Giaquinto shot first in the shootout, and for the second night in a row she gave her team all the offence it would need to get the win. Oh, and she set up the tying goal in the final minute for good measure.

It seems like every day it is someone different stepping up for the unbeaten Stars, and it was Fiala’s turn against St. Albert. After setting up Calli Arnold for the tying goal in the first period, she showed off a little hand-eye coordination in the third, tipping in the insurance goal to help Saskatoon stay perfect.

Another day, another standout performance by a Pionnières goaltender. Vanier backstopped her team to its first win, finishing with 32 saves – 17 of which came in the third period, when the Selects bombarded the Lanaudière goal and threatened to further cut into what started as a three-goal lead.

The 5-foot-11 forward was a physical force to be reckoned with against Lanaudière, wreaking havoc in the corners and in front of the net. She helped set up Mackenna Parker for the game-winning goal in the second period, and added a little insurance of her own with a goal in the third.

The blue-liner made her presence known in a win over Northern, using her size to her advantage to keep the Selects’ offensive stars at bay. She chipped in an assist in regulation time but saved her best for the shootout, going first and showing off her hands by tucking in the eventual winner.

The goaltender took the loss against Saskatoon, but more than held her own against a team that has been firing on all cylinders offensively. Lotke Salinas could hardly be faulted on any of the three pucks that beat her, and her 43 saves gave the Quebec champions a fighting chance.

The leading scorer in the playoffs for the Selects, MacLean was at it again Sunday, scoring a pair of goals – including the game-winner with less than five minutes – to lead Northern past Metro. The Antigonish native has been on a tear in the postseason, with 19 goals and 28 points in 12 games.

The Top Goaltender at the 2017 Esso Cup, Drever was back to her old tricks in the 2018 opener. She turned aside 23 shots in all, plus all four Pionnières she faced in the shootout, but was at her best in the third period when the Slash paraded to the penalty box with four minors in three minutes.

The Metro puck-stopper was a hard-luck loser in the Day 1 finale, turning aside 33 shots. Bennett was under fire in the first period when the hosts were on the wrong end of a 16-2 shot count, but kept the game scoreless well into the second, and came within minutes of earning her team a point. 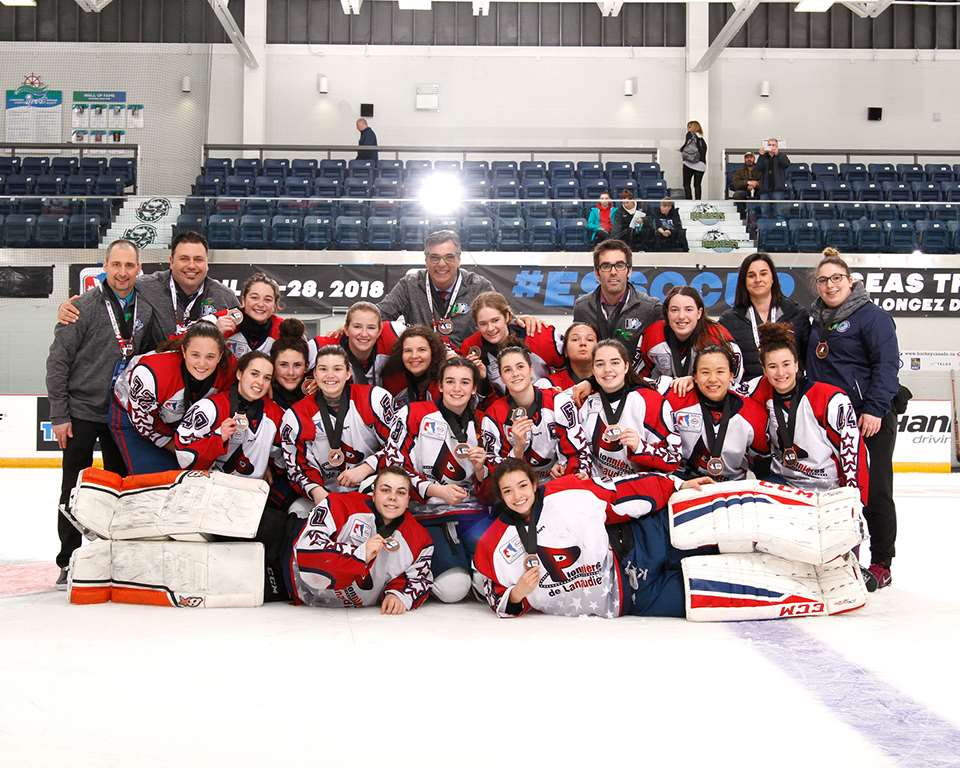 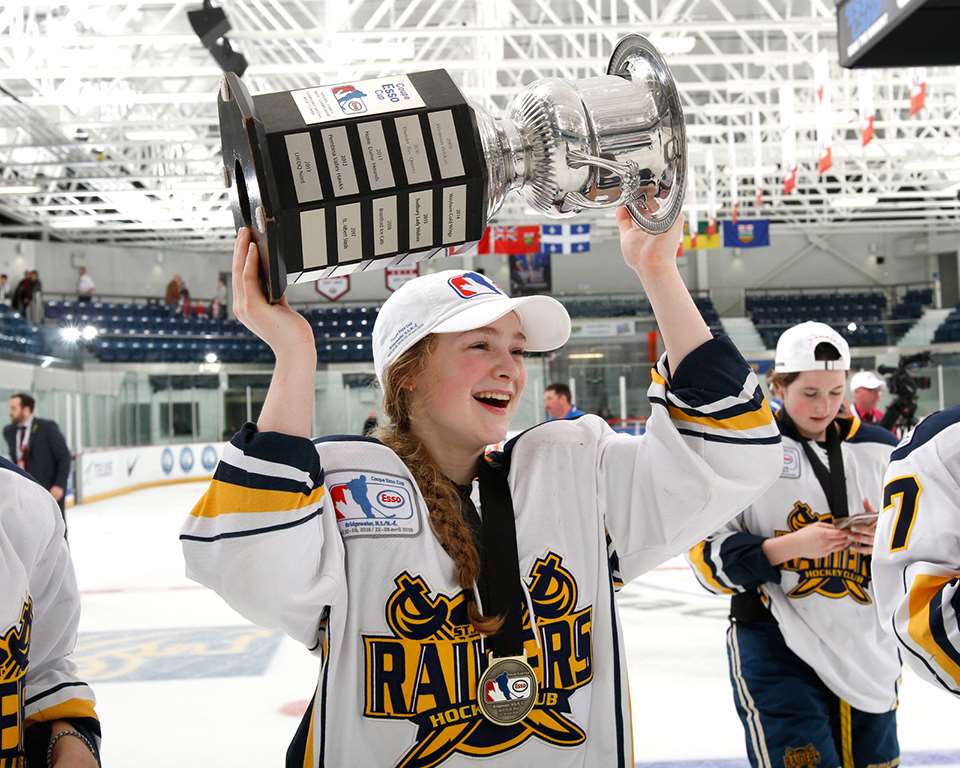 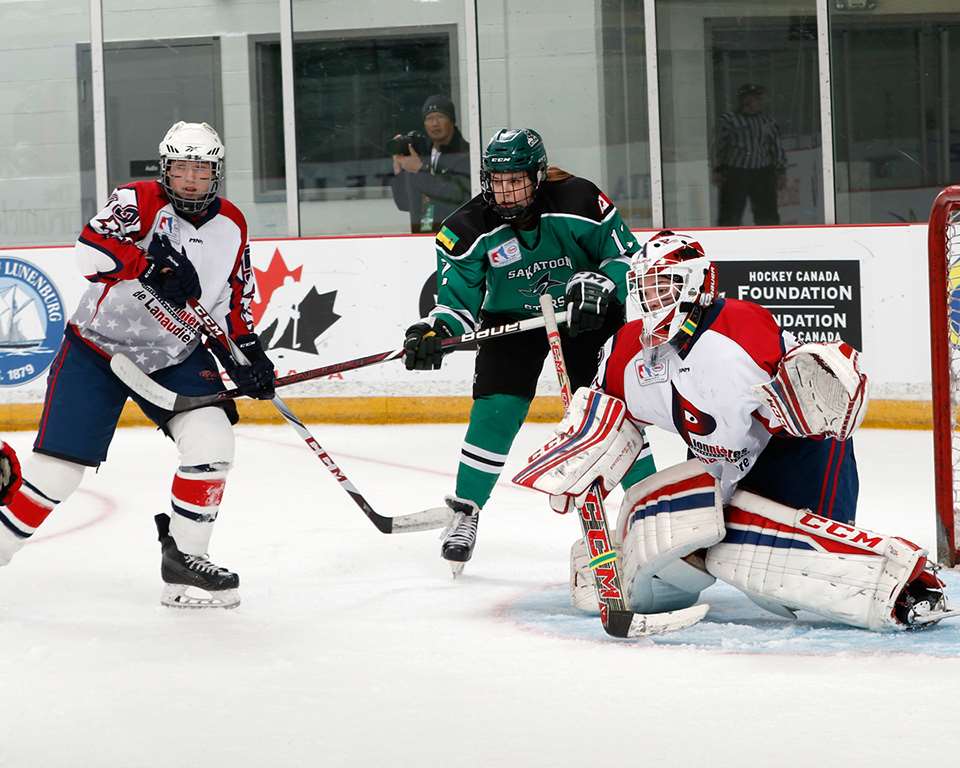 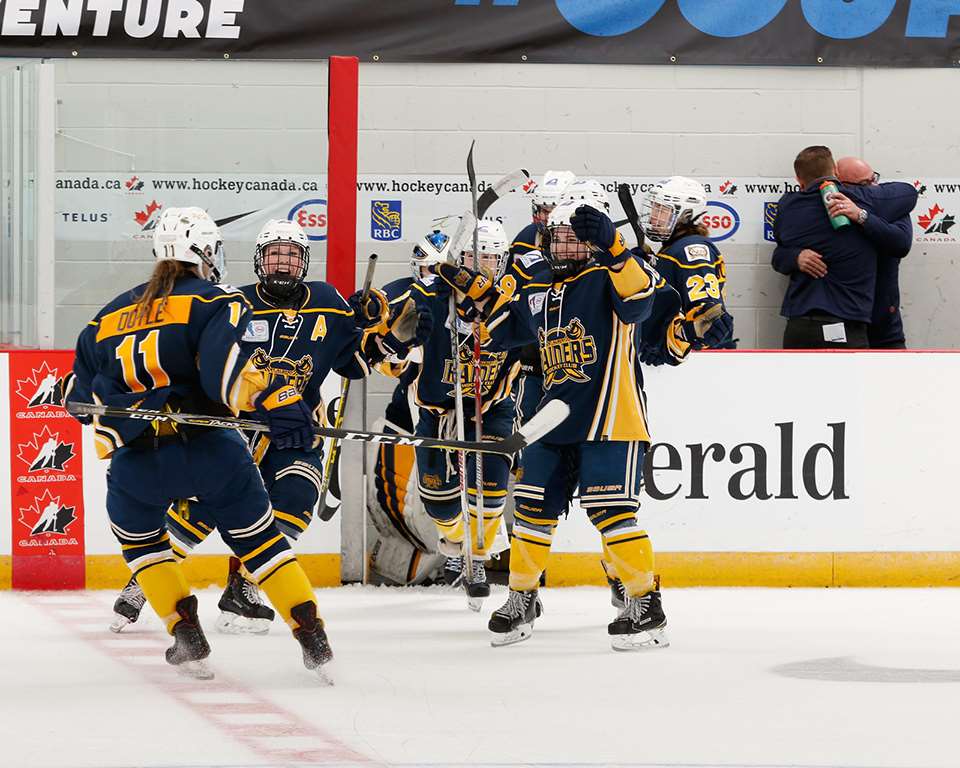 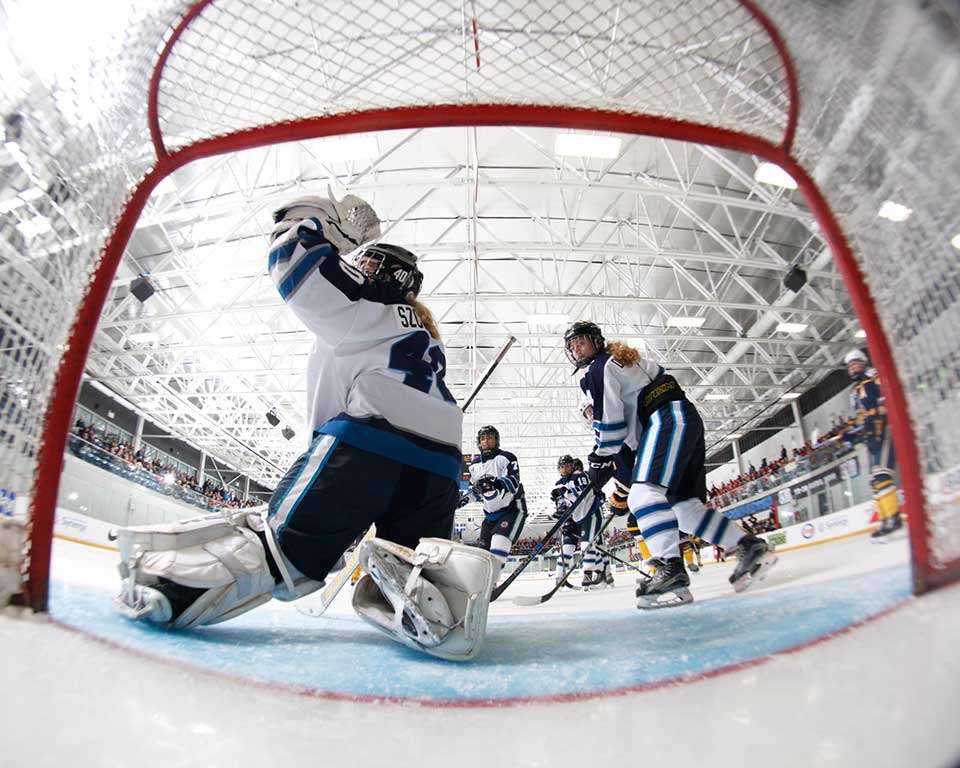 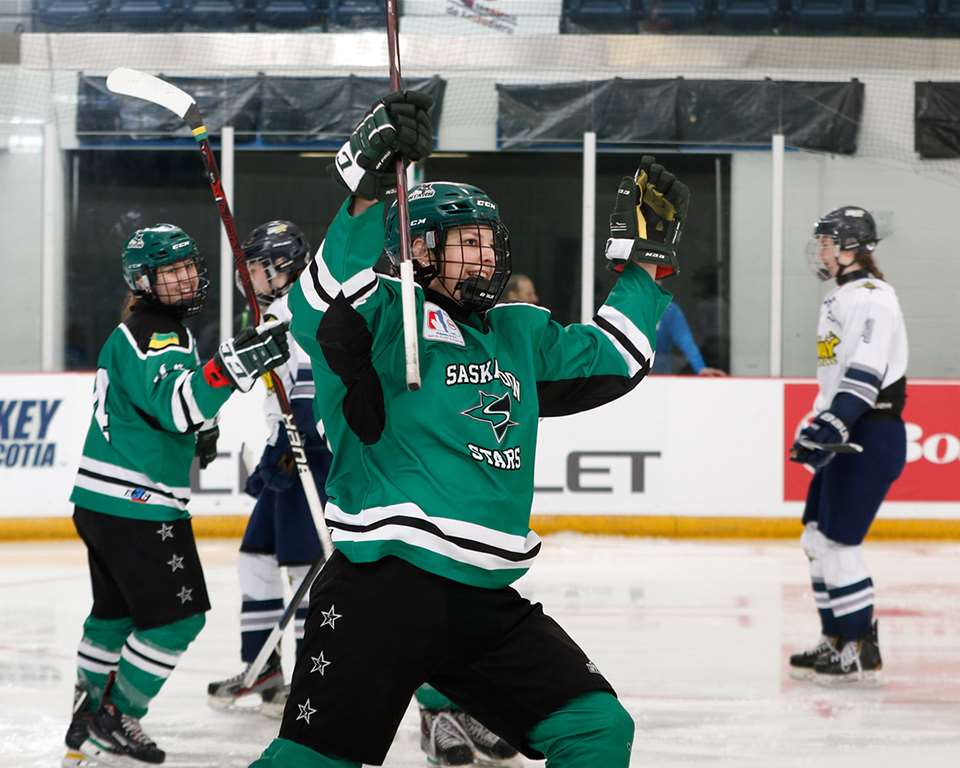 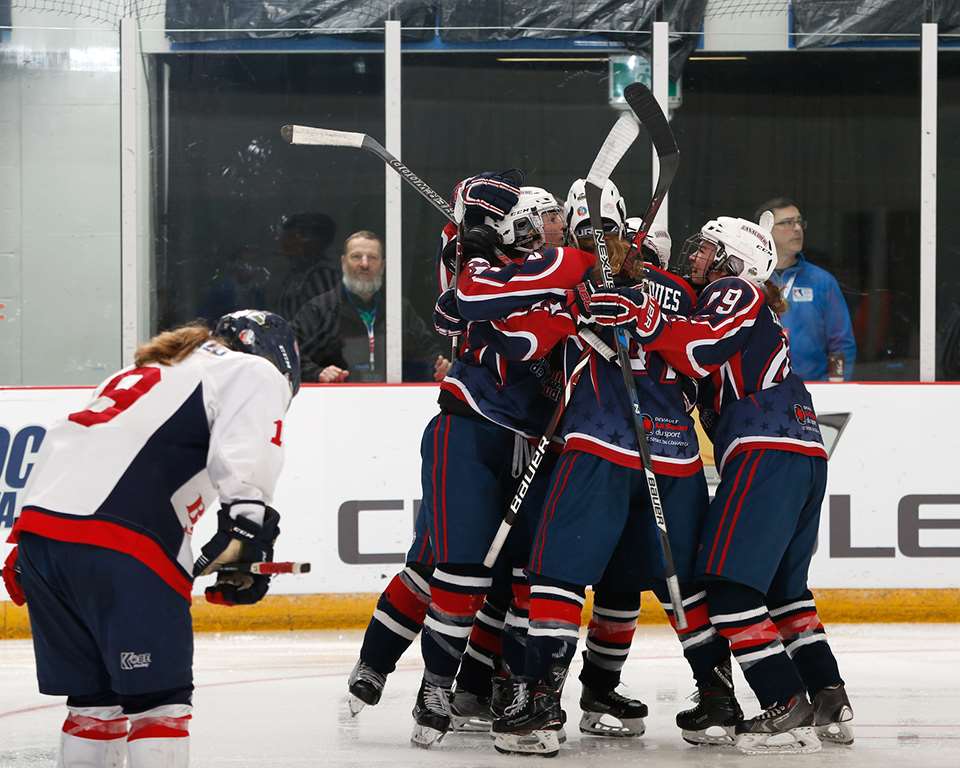 2018 Esso Cup: LAN 3 – MET 1 (Preliminary)
The Pionnieres scored three PPGs in the third to get a semifinal spot. 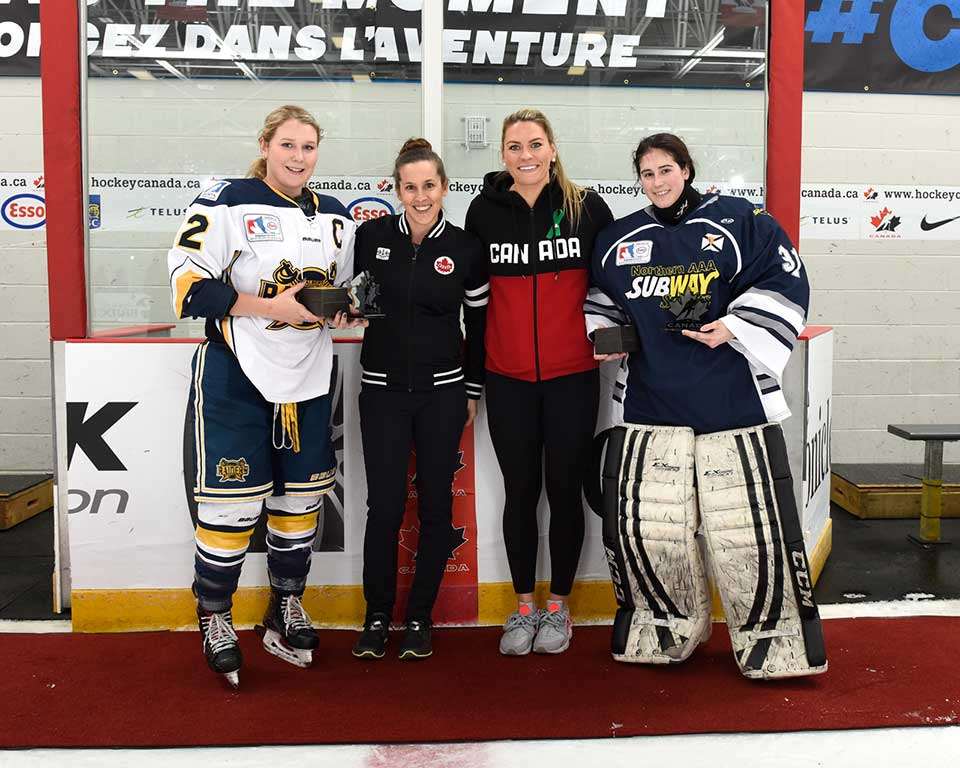 2018 Esso Cup: STA 4 – NOR 1 (Preliminary)
Willan scored twice in the third period to help the Slash pull away. 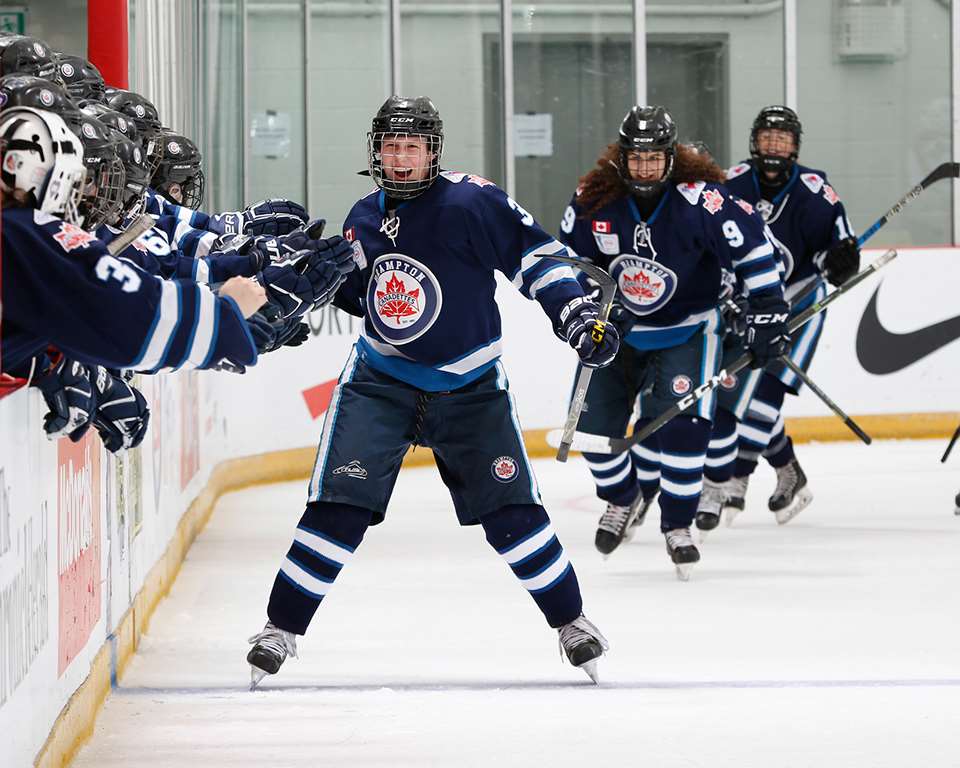 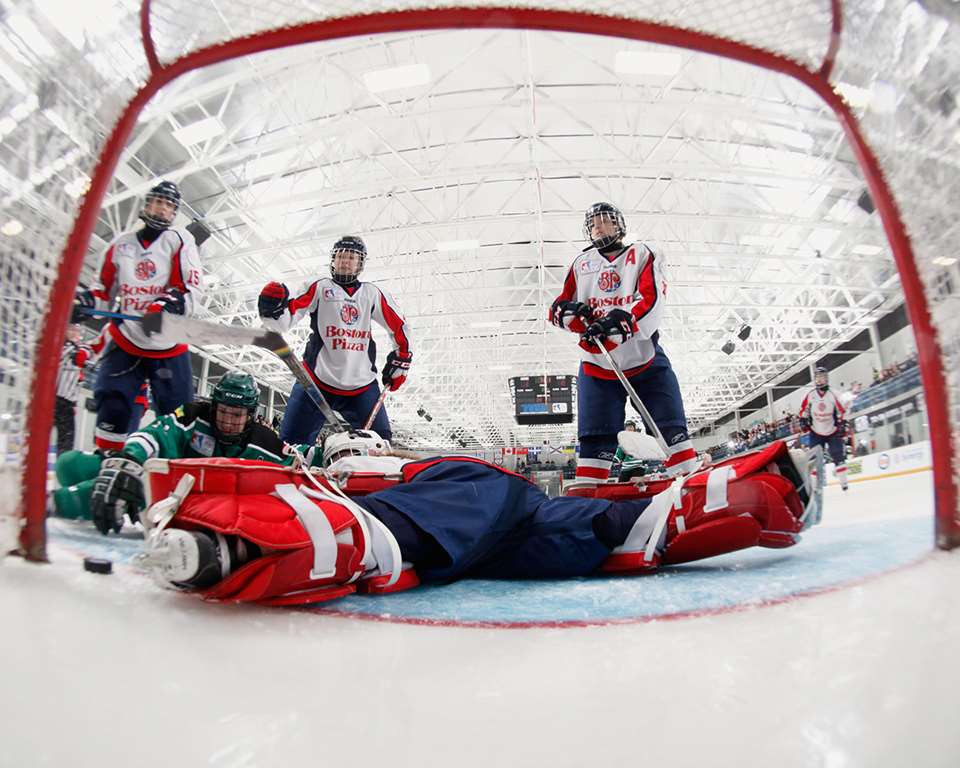 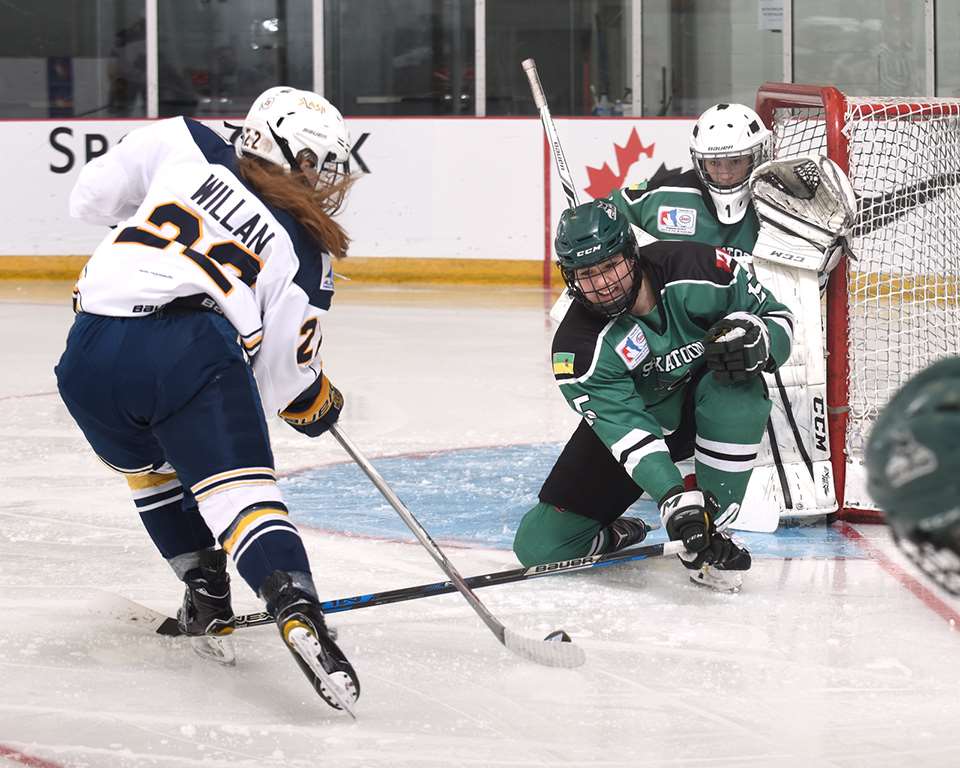 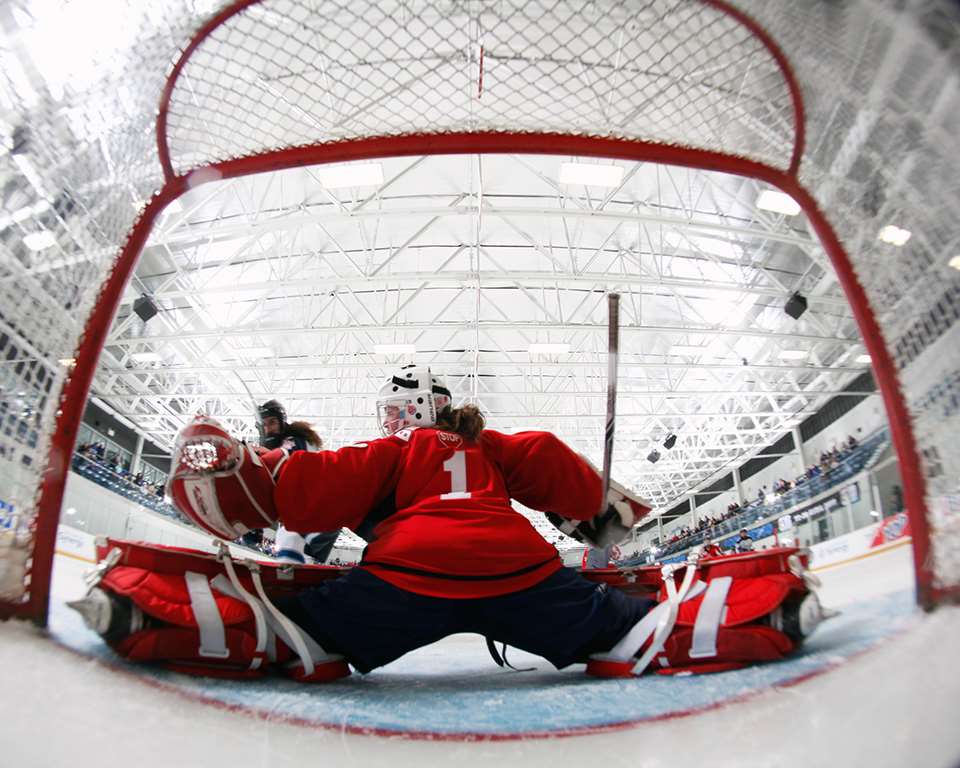 2018 Esso Cup: BRA 4 – MET 3 SO (Preliminary)
Giaquinto scored in the SO again to give the Canadettes the win.
More
Recent News
Most Popular
October 18, 2018
Hockey Canada announces ticket packages and schedule for 2019 Esso Cup
Host Sudbury Lady Wolves open Canada’s National Female Midget Championship against Atlantic champs
September 28, 2018
2020 Esso Cup headed to Saskatchewan
Canada's National Female Midget Championship returns to Saskatchewan in 2020, with host Prince Albert Bears looking to become first team to be crowned on home ice
April 30, 2018
Slash repeat as champions at 2018 Esso Cup
Saskatoon Stars take home silver; Pionnières de Lanaudière get bronze
Paul Edmonds - April 27, 2018
Multisport Madison
A two-sport success story, Madison Willan is chasing a second Esso Cup championship ahead of a busy summer on the diamond
Katie Brickman - April 24, 2018
The kid is alright
The youngest skater in Bridgewater, Kennedy MacDonald is turning her hockey dreams into reality with drive and dedication well beyond her years
August 23, 2017
Hockey Canada, BDO partner to drive more funding into grassroots hockey
BDO Goals for Kids puts money into minor hockey across the country
MORE
Accept
Our sites use cookies to help streamline your experience and enable us to plan future improvements. By continuing to use our site, you consent to cookies being used. For more information about how Hockey Canada handles the information we collect, please review our privacy policy.
© Copyright 2022 Hockey Canada